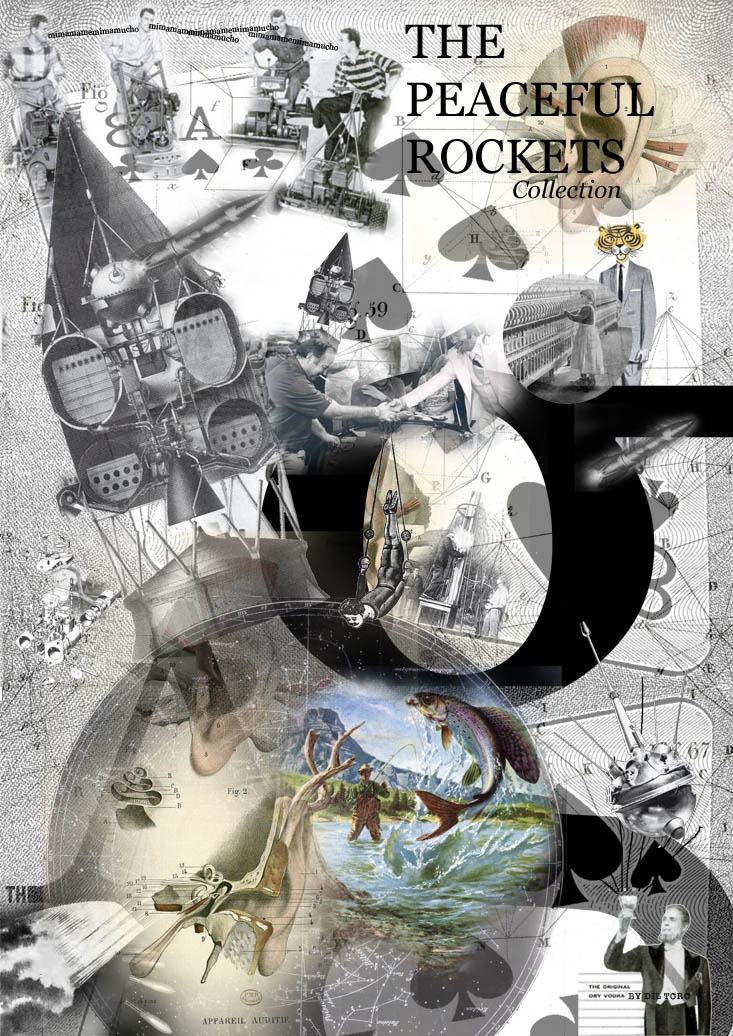 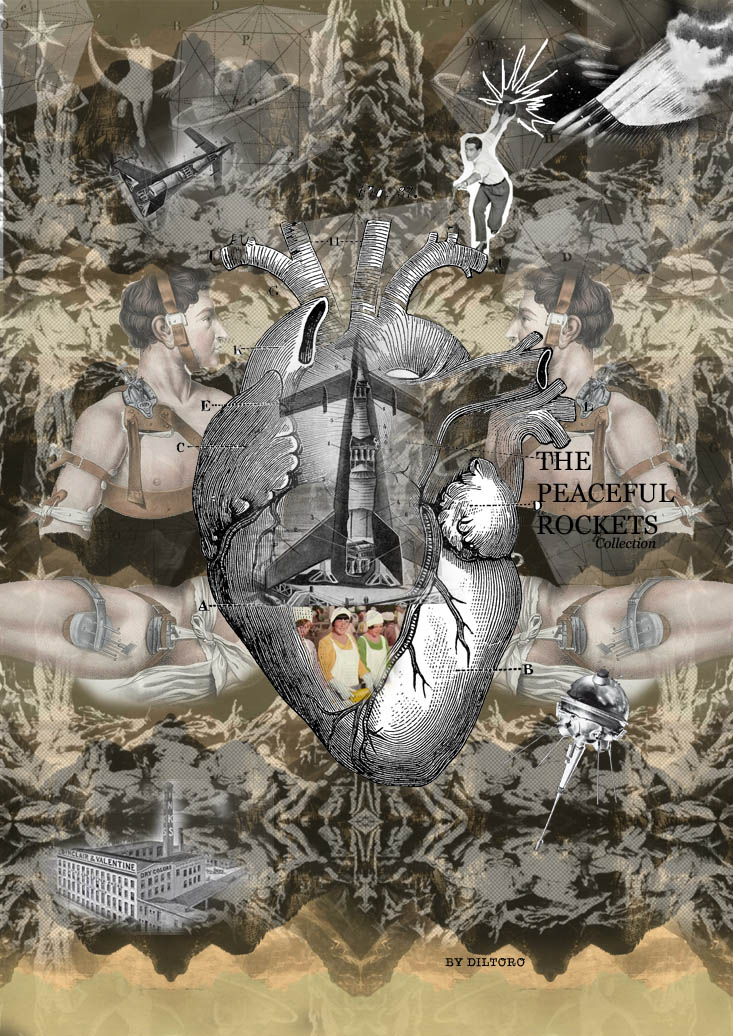 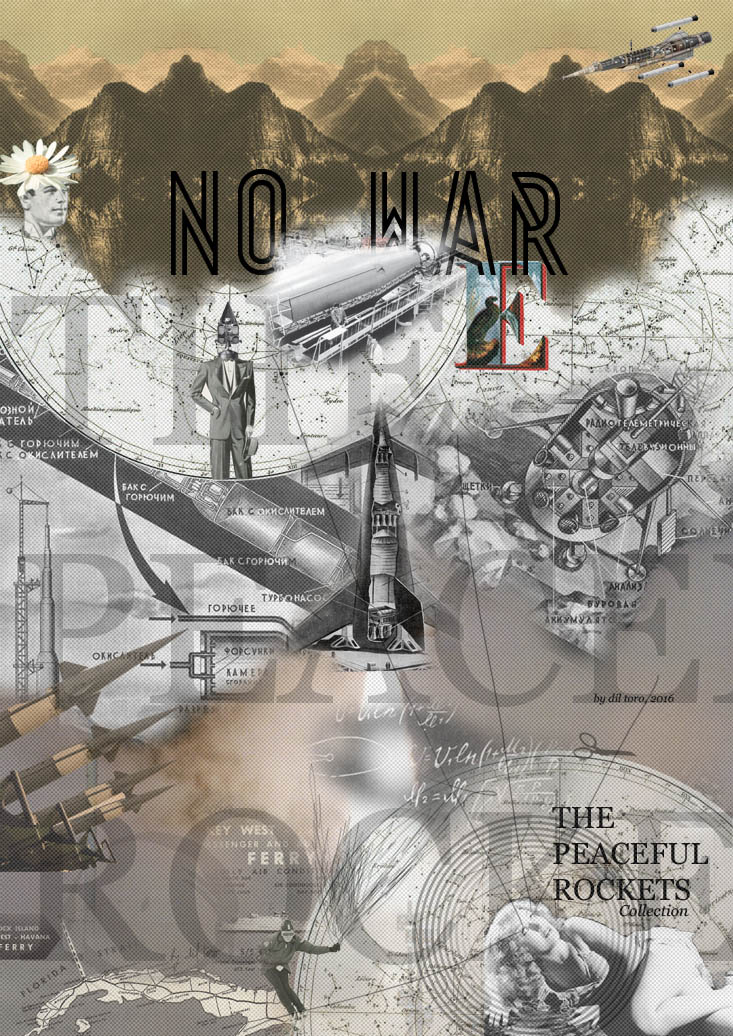 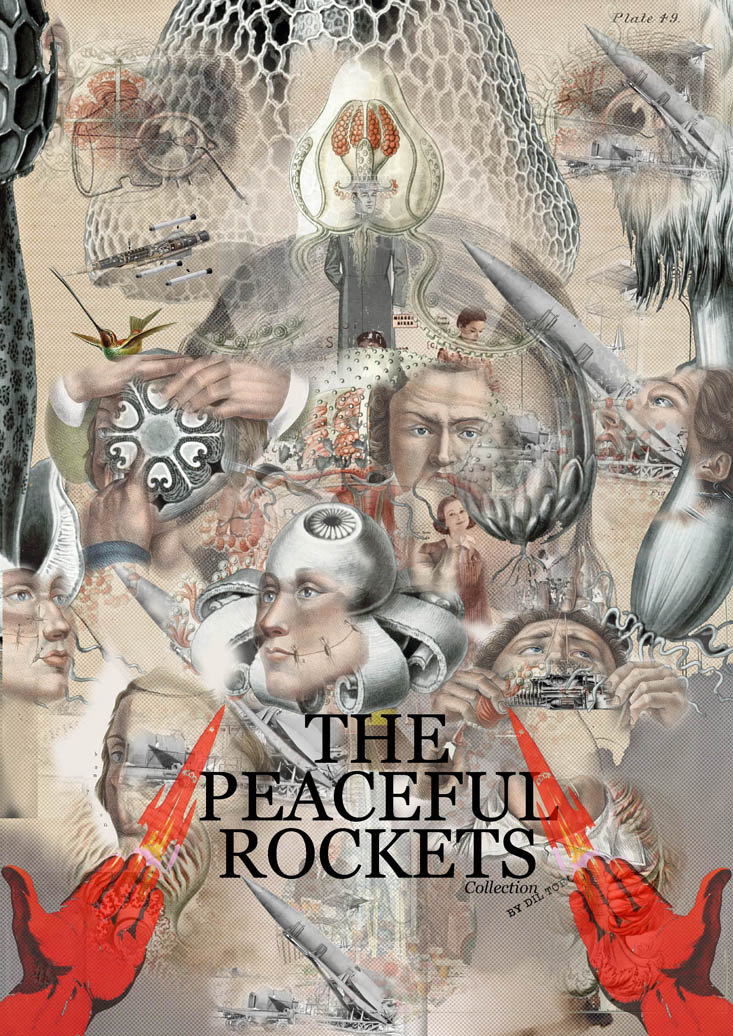 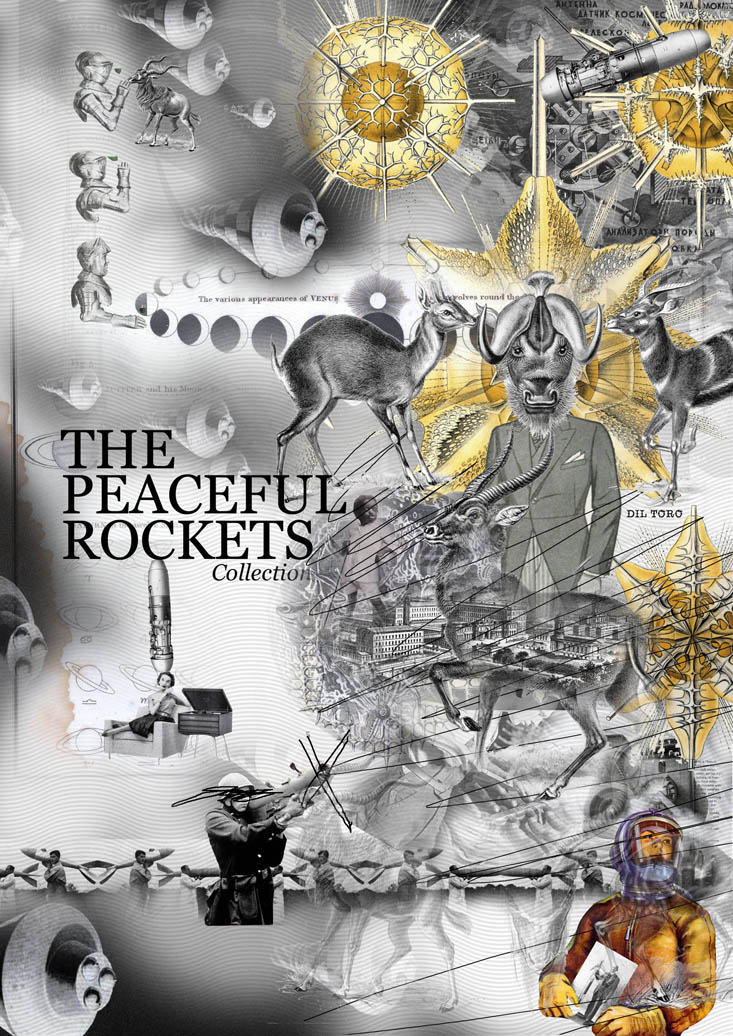 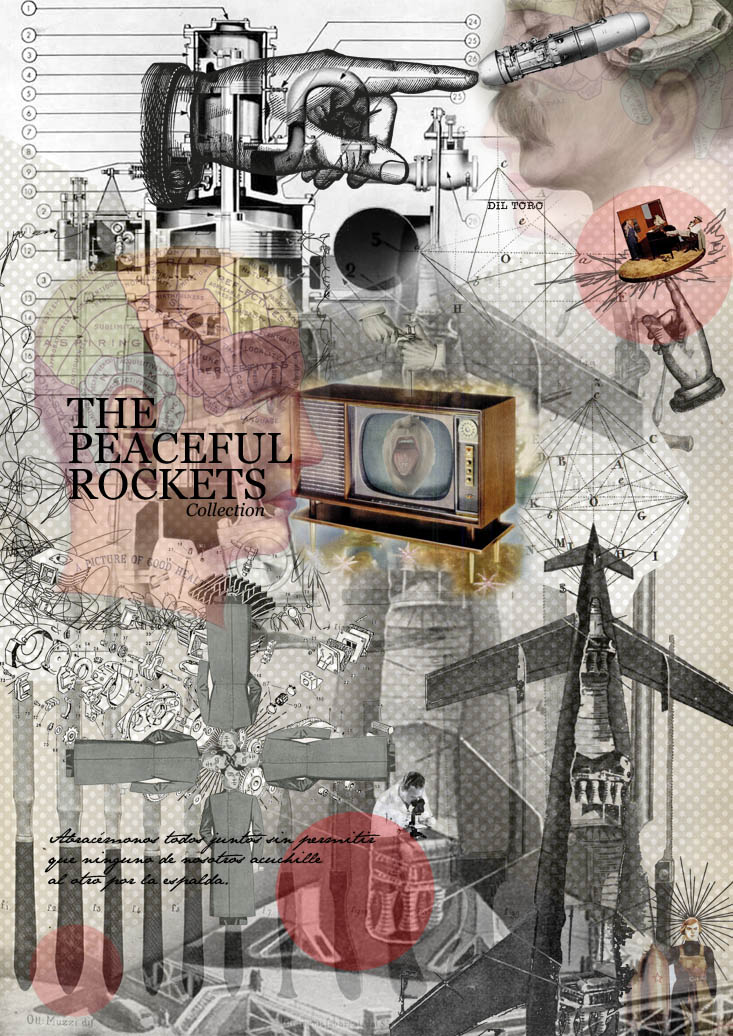 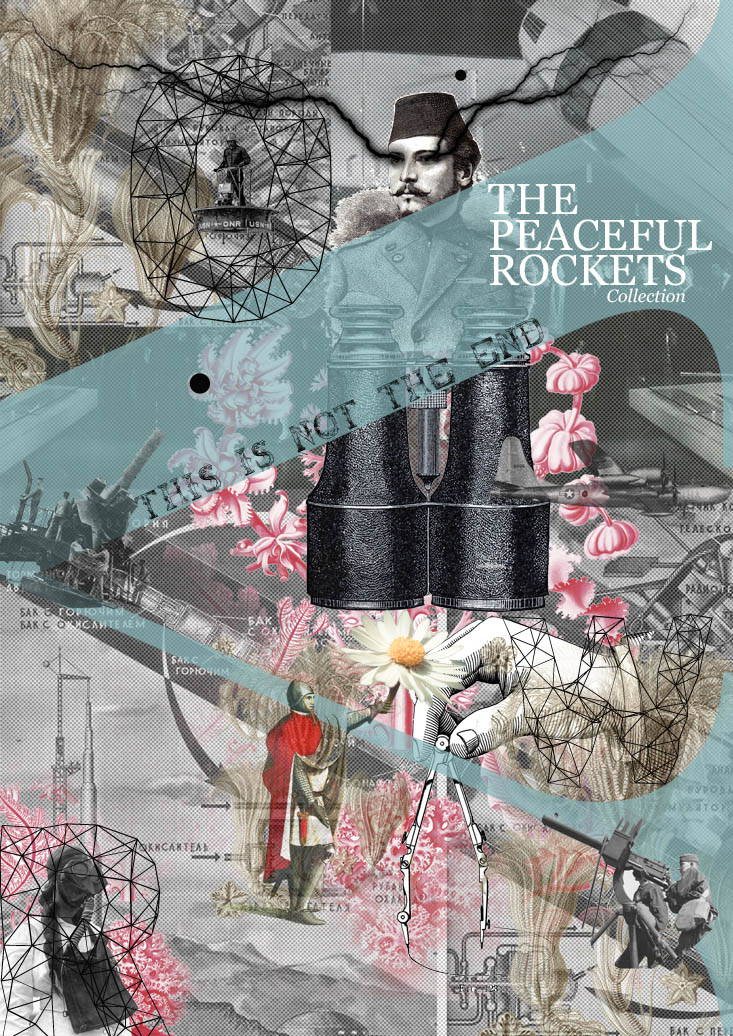 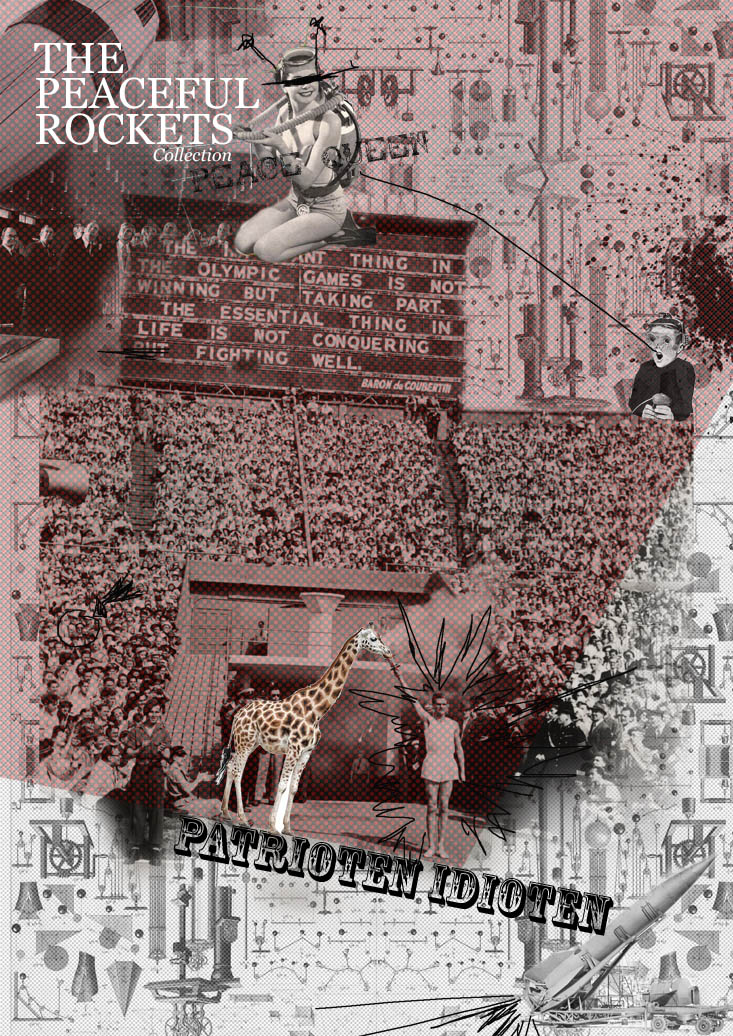 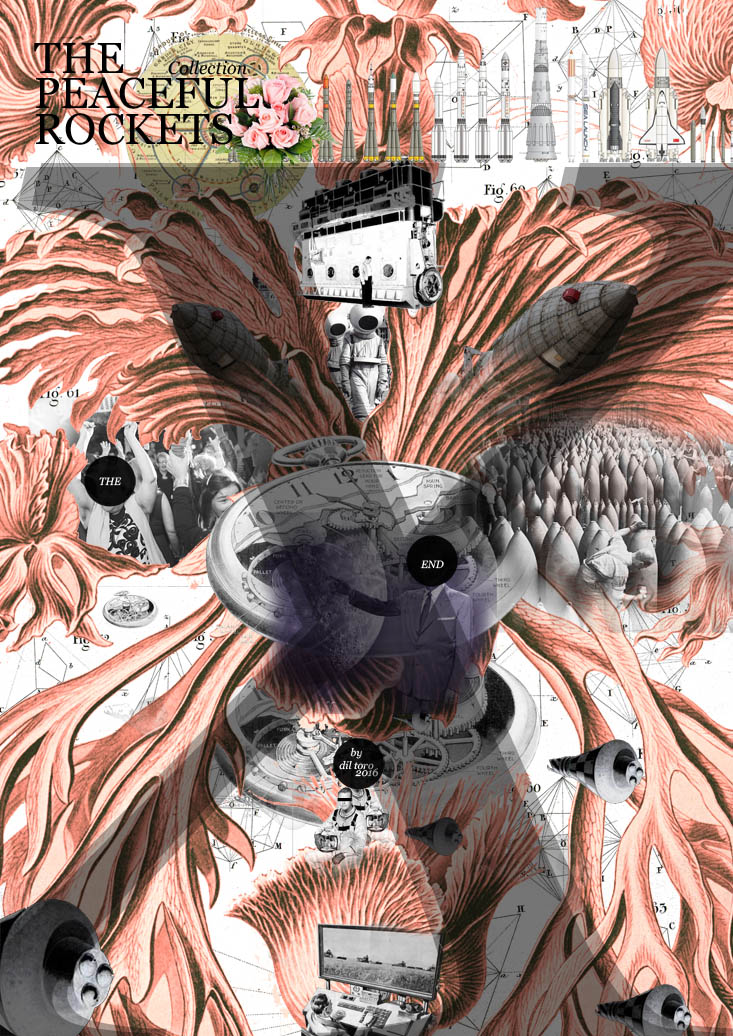 Trying to commemorate and give my personal view of the 100th anniversary of the Dada movement in the city of Zürich, city in which I live for almost a decade … I tried to tell a story with a happy ending, and illustrate taking some elements and ideas of the movement Dada, and try to illustrate this story. Collage basically without looking too conceptual ideas. A particular set of images in A3 format.

The mystical dance of the missiles. Here’s how you could also be given title to a shameless story, full of hope and criticism with a sick society of their own stupidity. Let’s look at the last millennia … Or to the latest news. I’m hopeless. Although I still get embrace the light …

The story is set in a remote area away and only accessible to a small group of scientists. Something similar to what represented Peenemunde during the Second World War. But with some differences … As we will see, the mission of this select group of people will be to develop a defense system against human stupidity.

Our high degree of stupidity by the bellicose passion, and other long etcetera, will test the human and techniques the characters in our history capabilities.

– Estimated duration of the project: As soon as possible. Our levels of stupidity have completed all absurd and unimaginable levels. Look around …

– Location: A place in the Swiss Alps. Heart of a dying old Europe.

– Number of participants: Eight. Eight be a symbolic number. But they could also involve seven four or forty. But there are eight. Enough to kill your time together or individually.

I wanted to recreate an entire graphic part around the following chapters of this hopeful story.

Chapter 1.
Let’s play poker and take conclusions.
Chapter 2.
You leave for tomorrow what can you do today. Look at the mountains and think of our rockets.
Chapter 3.
Technical development of the rockets that put an end to our own stupidity. Longed eternal peace: not war.
Chapter 4.
Let’s drink! Although it is still too early.
Chapter 5.
Manufacturing. Who said work was everything in this life !!
Chapter 6.
Let us embrace all together without letting any of us stabs the other in the back.
Chapter 7.
We launch our rockets and put an end to everything.
Chapter 8.
We do not we launch our rockets, missing its anti stupidity load. An epic maneuver.
Chapter 9.
The end. A happy ending color of roses. The end of human stupidity or the beginning of a new evolutionary process?