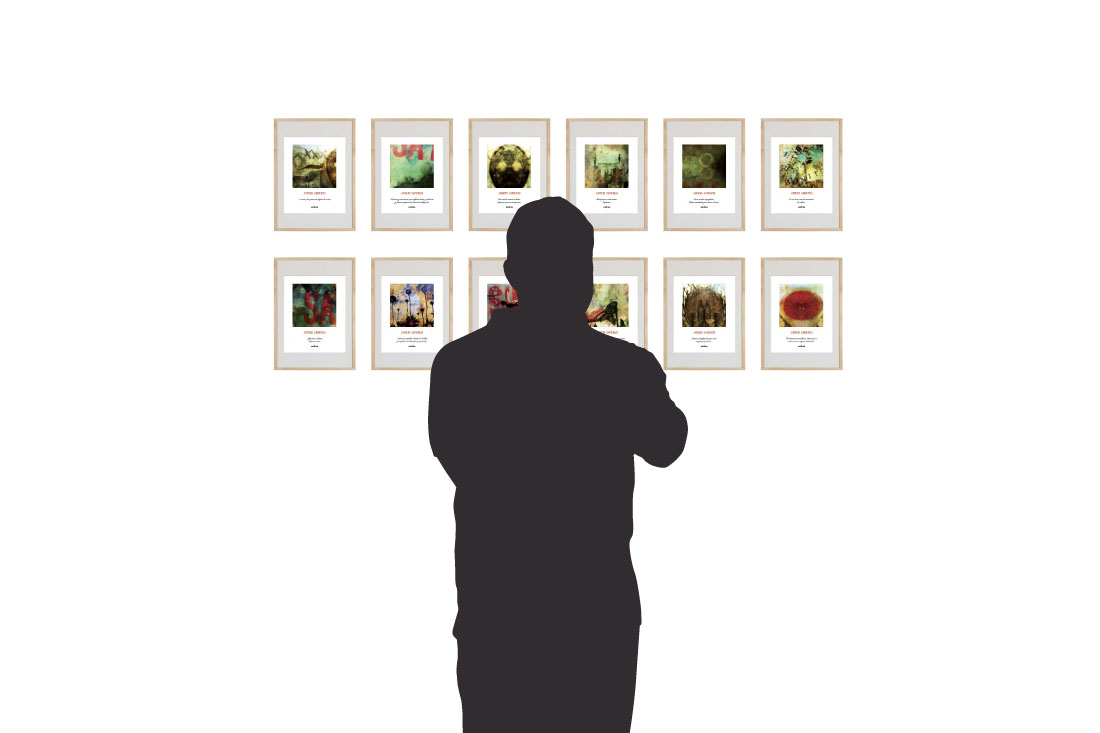 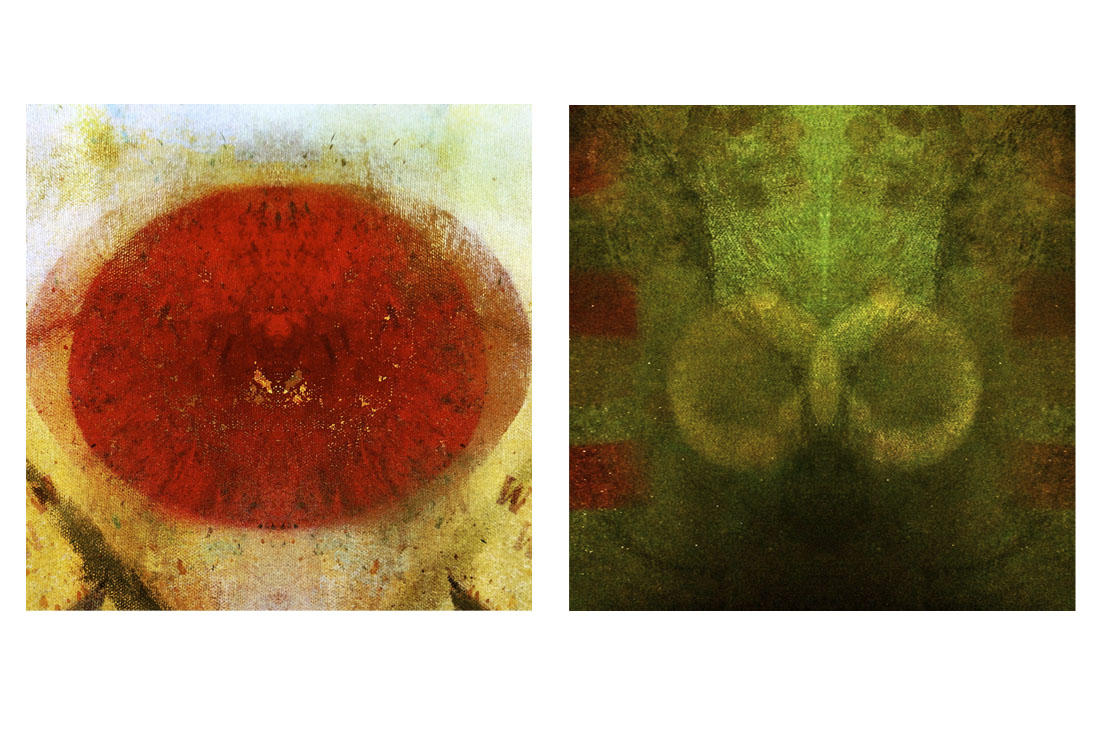 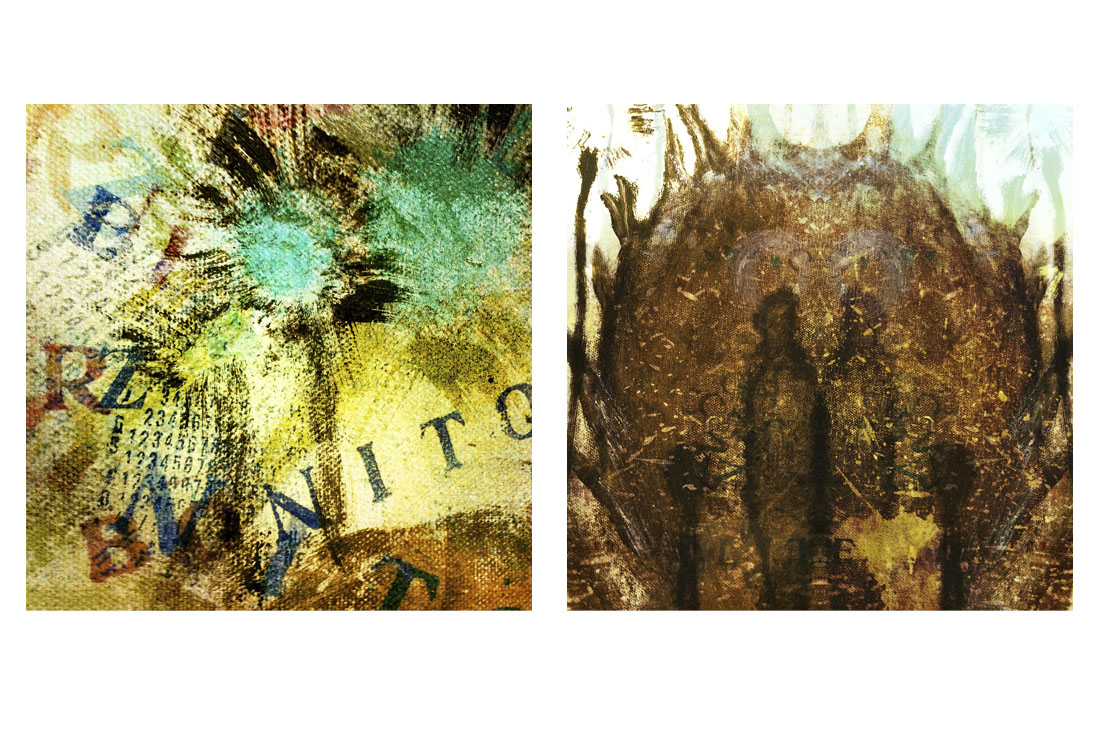 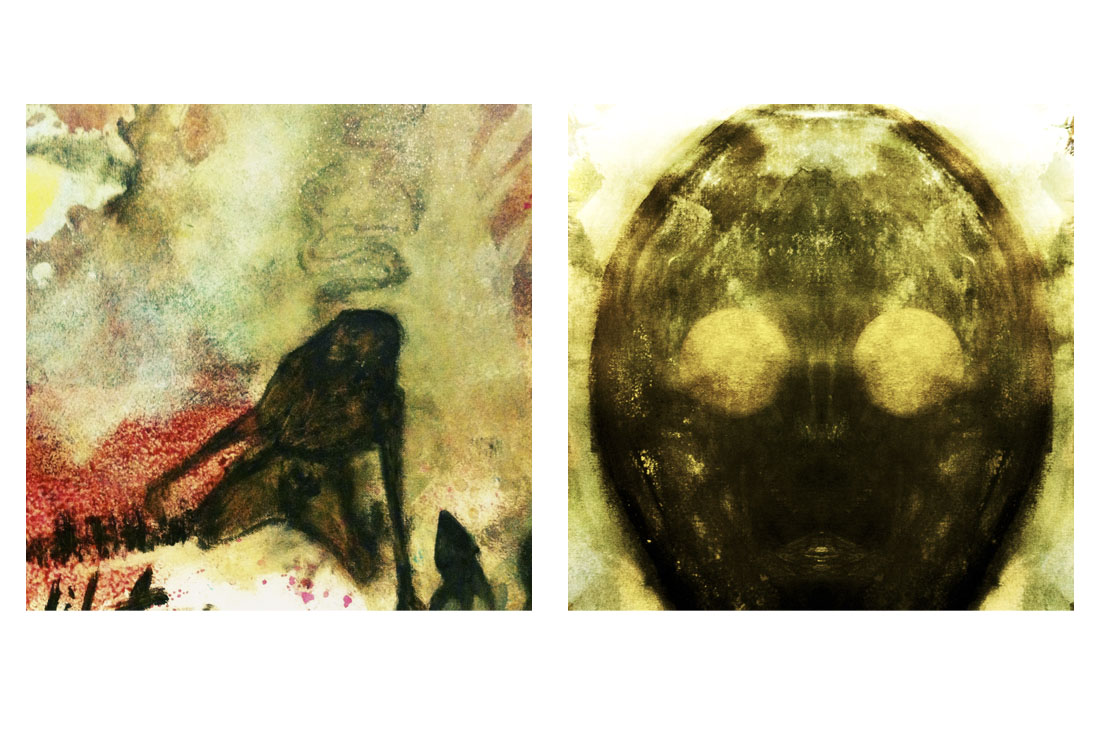 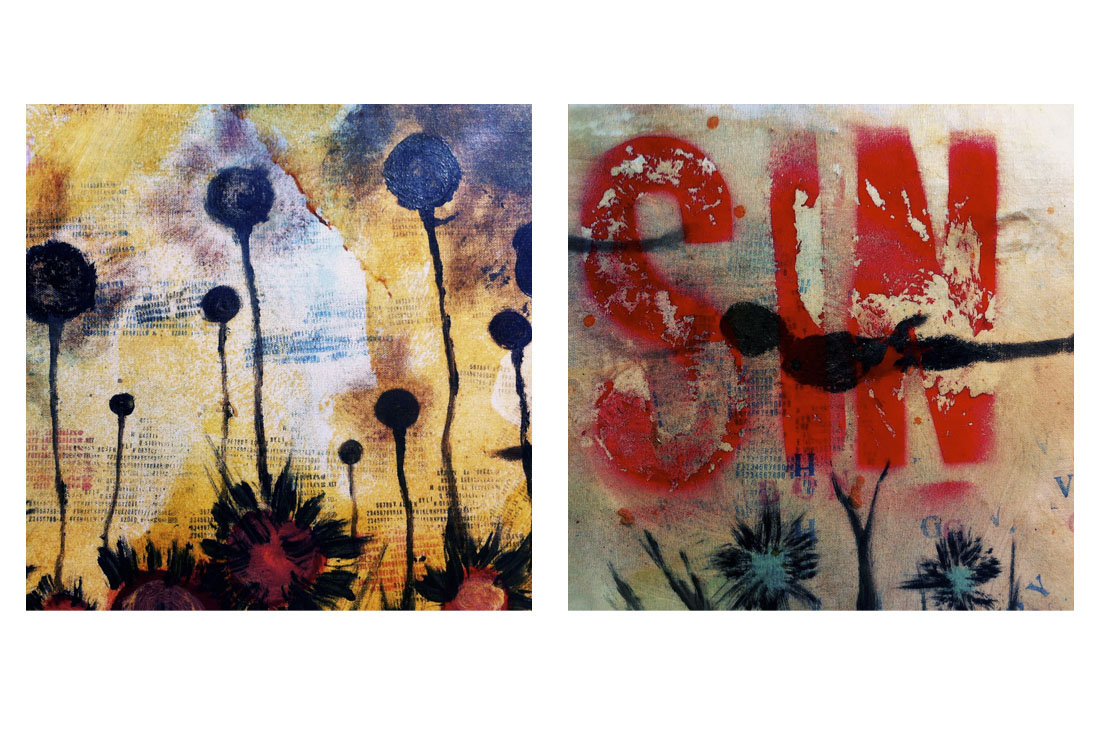 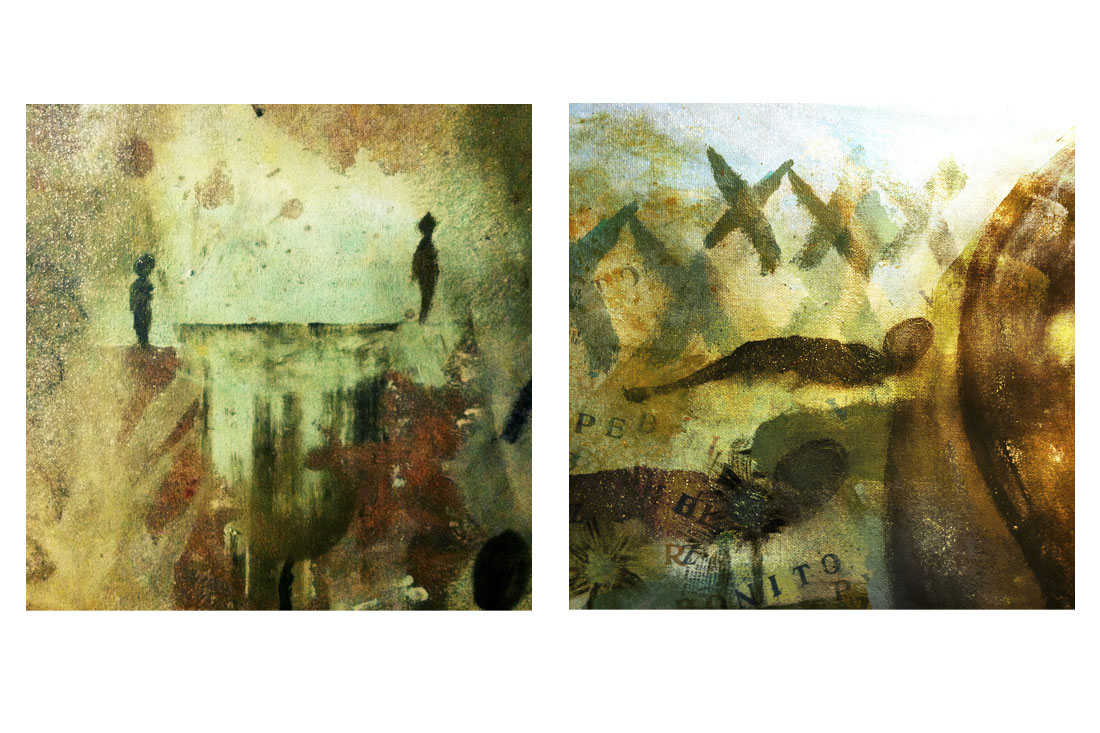 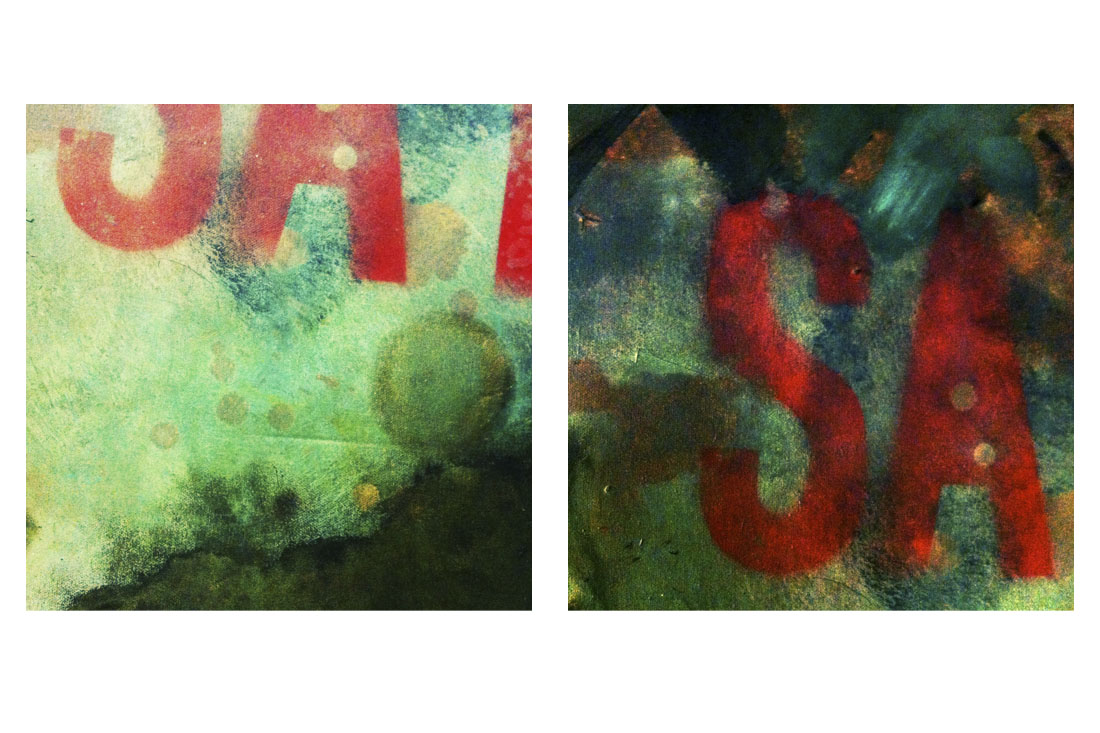 I had originally wanted to work with a certain constant that could be found to be the embracing factor throughout the entirety of this work: SAPIENCIA. A constant that repeats itself, and by doing so is able to thus establish a concrete and key element to embrace the entire essence. But the figures themselves have preferred to take on a meaning of their own, and once again move the direction of the work at their own will. Presumably they take on to mean much more, or as suspected from underneath they bring up other types of memories that to this day I am still not able to fully comprehend. All I know is that the truth is, that once again, the figures of my work have returned to parade up and down the catwalk of life as we know it, to ultimately be eaten away by human stupidity. And in their creation, I too have once again felt the strong need to dance by their sides, and caress their delicate souls as we pass by. Such begins this story, this collection.

How it was Created.

Throughout the magical and turbulent dance in which stars these figures, I was able to witness how three pieces of artwork considerably sized, were inevitably able to be built and brought to life without any established order. In theory, these three canvases and a fourth that is still being waited on to be finished, were to serve as a space to generate some sketches. A space, whose results of which could later be transferred to other drafts, to other formats. But the provoking nerve and expressive ways of the figures, as well as the elements themselves that were used to make these pieces, have by some way unmistakably become the main axis on which everything pivots. The result: Three pieces with their own essence, individual and nontransferable. But..Once this result was obtained so unexpectedly – casual, circumstantial and pulled apart by great lengths from the sighs of its own figures them-selves – I decided to de-contextualize the work and sculpt another graphic universe. Now it’s my turn to take control of the work, rather than have the figures define their very own whimsical direction. Their universes, domesticated by their unforeseeable dances and delirious cravings, can now be charged in another type of media with another meaning. I think, I believe I have been able to finally at last tame their whims.
The second part of this collection is made up of twelve new pieces that inevitably come to form a part of all of this, keeping in mind the notable difference that NOW this creative process is supervised and monitored under my direction. Beforehand, the word SAPIENCIA, had been discriminated against by the very figures themselves who had substituted
it for another that pleased them much more. This time, inevitably seen in print, in an almost mocking way, there is a physical word that comes close in form and meaning to what the figures self-generate themselves. Subsequently, I de-contextualized different elements of a pictorial narrative that appears in the four preliminary sketches and I’ve given them another life, now they dance to a different music… By doing this, I wan- ted to offer the viewer a different perspective from the initial pictorial result, to be able to have a different relationship with the work, as to really open oneself up to what can be the infinite amount of meanings that can be found from reading deep within works that we treasure and offer us part of an infinite amount of possibilities that various de-contextualized pictorial elements can so capriciously arouse from within us. Time again and again and again. This is SAPIENS – SAPIENCIA