“A good local pub has much in common with a church, except that a pub is warmer, and there’s more conversation.”

Ilove beer. Yes of course. And I have tryed during the last years to produce my beer… Homebrewing is the brewing of beer on a small scale for personal, non-commercial purposes. For me its the same like to paint, to create, to explore… During the last years I have been searching and trying to understand how it works this process. Since two years Im brewing beer with my personal recepts and with the most lovely dedication I dress the bottles with my personal labels. After, the best… Share the beer with friends…

Bottling and labeling of each bottle of beer is also part of the whole process of brewing. Once I’ve bottled. It comes another party that are exciting for me too: The labels. To do this, I transferred the designs to rubber stamps and later and a manually affixed each of the types of beer, with the date of manufacture and the type of beer. Something important to me. Merge the art of making beer with my graphics and designs.

“And even in the open air the stench of whiskey was appalling. To this fiendish poison, I am certain, the greater part of the squalor I saw is due. Many of these vermin were obviously not foreigners—I counted at least five American countenances in which a certain vanished decency half showed through the red whiskey bloating. Then I reflected upon the power of wine, and marveled how self-respecting persons can imbibe such stuff, or permit it to be served upon their tables. It is the deadliest enemy with which humanity is faced. Not all the European wars could produce a tenth of the havock occasioned among men by the wretched fluid which responsible governments allow to be sold openly. Looking upon that mob of sodden brutes, my mind’s eye pictured a scene of different kind; a table bedecked with spotless linen and glistening silver, surrounded by gentlemen immaculate in evening attire—and in the reddening faces of those gentlemen I could trace the same lines which appeared in full development of the beasts of the crowd. Truly, the effects of liquor are universal, and the shamelessness of man unbounded. How can reform be wrought in the crowd, when supposedly respectable boards groan beneath the goblets of rare old vintages? Is mankind asleep, that its enemy is thus entertained as a bosom friend? But a week or two ago, at a parade held in honour of the returning Rhode Island National Guard, the Chief Executive of this State, Mr. Robert Livingston Beeckman, prominent in New York, Newport, and Providence society, appeared in such an intoxicated condition that he could scarce guide his mount, or retain his seat in the saddle, and he the guardian of the liberties and interests of that Colony carved by the faith, hope, and labour of Roger Williams from the wilderness of savage New-England! I am perhaps an extremist on the subject of prohibition, but I can see no justification whatsoever for the tolerance of such a degrading demon as drink.”

― H.P. Lovecraft, Lord of a Visible World: An Autobiography in Letters

He was a wise man who invented 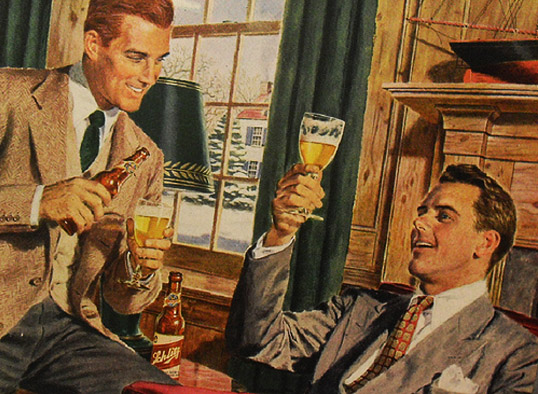 THE WORLD IN A GLASS OF BEER

According to the Guinness Book of World Records, Steven Petrosino is the Beer Chugging World Champion. On June 22, 1977, he drank 1 liter of beer in 1.3 seconds at the Gingerbreadman in Carlise, PA, a 56% improvement over the previous world record set several years earlier by Peter Dowdeswell of England (2.3 seconds for 1 liter).

2. World Record for Most Beer Pints Balanced on the Head – 237 pints

In June 2010, John Evans set a new world record for most beer pints balanced on his head: 237. Evans, the world’s pre-eminent head-balancer has also balanced a Mini Cooper on his head.

BrewDog have done it again. Not content with winning back the «strongest beer in the world» title with its Sink the Bismarck!, they’ve upped their game with a new brew that is 55 percent alcohol by volume and carries a $765 price tag. It’s called The End of History. Oh, and did we mention that the bottles come in stuffed animals-like stuffed animals that were once alive? The 12 bottles have been made featuring seven dead stoats (a kind of weasel), four squirrels and one rabbit. For those interested in the actual beer, it’s a blond Belgian ale with touches of nettles and juniper berries — and in order to achieve the brain-blasting alcohol content, it had to be created using extreme freezing techniques.

A bottle of Lowebrau lager, recovered from the wreckage of the German airship Hindenburg after it burst into flames as it moored at Lakehurst, New Jersey, on May 6, 1937, sold for over $16,000 (£10,810)-setting the new world record for the Most expensive Bottle of Beer. The Most expensive Bottle of Beer, heat-damaged but still sealed, was sold with an account of its recovery signed by Mr. Smith. Fierce international phone bidding pushed up the price at Henry Aldridge auctioneers in Devizes, Wilts. The brown bottle of Lowenbrau lager was discovered in the wreckage by Leroy Smith, a fire chief on the scene. Smith discovered a total of six bottles and a pitcher at the scene of the disaster. He distributed four of the bottles as souvenirs to colleagues and one to the Lowenbrau brewery in 1977, where it still remains.

The previous Guinness world record for the highest price for a single bottle of beer is thought to be around £2,500 and auctioneer Alan Aldridge started bidding at £3,000. 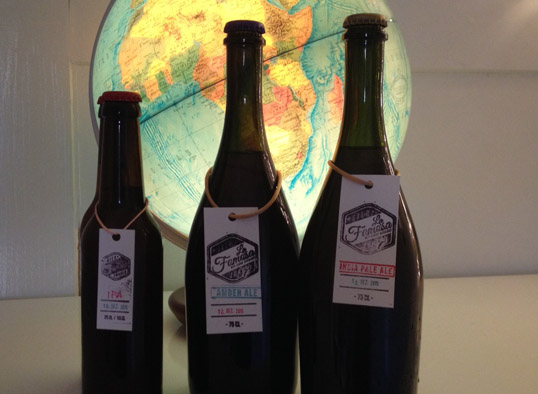 The basic ingredients of beer are water; a starch source, such as malted barley, able to be fermented (converted into alcohol); a brewer’s yeast to produce the fermentation; and a flavouring, such as hops, to offset the sweetness of the malt. A mixture of starch sources may be used, with a secondary saccharide, such as maize (corn), rice, or sugar, often being termed an adjunct, especially when used as a lower-cost substitute for malted barley. Less widely used starch sources include millet, sorghum, and cassava root in Africa, potato in Brazil, and agave in Mexico, among others. The amount of each starch source in a beer recipe is collectively called the grain bill.